Is Capitalism in bankruptcy?

DEN HAAG (PDC) - According to Arjan Vliegenthart, Director of the Scientific Institute of the Dutch Socialist Party (SP), the inherent logic of the capitalist financial system is the fundamental reason of the current crisis. This topic was part of the discussion during a lecture, where Vliegenthart showed the world behind an outspoken left wing political party and its view on European affairs.

As this institute is the scientific arm of the SP, its research agenda is set to a large extent by the political line of the party. The policy papers produced by the institute are supported by data analysis according to its research inquiries and by a methodology. The main challenge of the SP scientific office is to set the issues that should be on the political agenda. Its aim however is not only to have a local impact within the party, but a general effect on the Dutch government. At the European level, the research institute provides its party with scientific ‘ammunition’ towards EU politics. Vliegenthart recognized that it is hard to influence the European arena in Brussels. It is more effective to give his party bullets with which it can try to have an impact on the Dutch stance on Europe.

In his opinion, the European Union is chronically suffering from a lack of legitimacy, democracy and transparency of its decision-making process that together with the predominance of a neoliberal agenda put the future of the region at stake. Also a problem of solidarity is visible, as there is “too much competition and too little cooperation” among Member States. A distorted popular image of the EU is present as well, making citizens halt their reliance on the European project. Vliegenthart finalized showing his confidence that issues on EU legitimacy and democratic deficit will be solved, although he acknowledged that it will take time for it.

This session is part of a series of lectures given during February and March by policy experts and practitioners from Dutch and European organizations, in the framework of the Montesquieu Masterclass 2013: Policy Laboratory. Determining a ‘fair’contribution to the European Union. 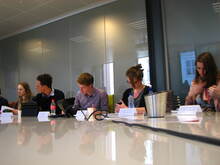 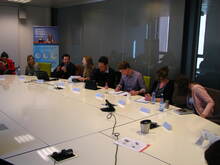 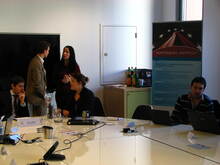 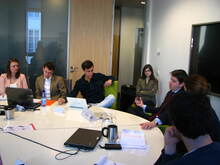 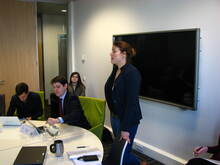