“Interest representation deficit” in the EU

According to Jelmer Alberts, Manager EU Liaison Office at ING Insurance and Investment Management, businesses have an important link with the community, but no voting rights, so their voice cannot be heard by this via. To tackle this “interest representation deficit”, lobbysts play a relevant role, filling a gap in politics by bringing the message of companies to politicians.

Showing the view of a lobbyist representing the interests of an international financial services enterprise in Brussels, Alberts argued that as policy-makers create legislation that drastically influences EU citizens and companies, new policies should have the consequences that were intended by legislators and be based on the broadest possible support of both society and businesses. To achieve this, European policy-makers should engage in dialogues with stakeholders from society and be well-informed. Lobbysts provide such information. Consequently, for Alberts, they support politicians in the design of effective EU legislation. In this sense, lobbying stimulates a balanced flaw in the policy-making process in any democratic system. So, if politicians want to be democratic, they should get related to lobbying: “True democracy requires active involvement of all parties that have interests”. Policy-makers should listen to different lobbysts and be aware of the public debate to make the right political choices. This is part of democracy.

A particularly relevant arena for lobbying is ‘Brussels’, as it is estimated that 75% of all financial legislation in the EU is produced directly or indirectly there. To be able to have an impact on EU policies, it is necessary for lobbysts to be present not only in the European Commission (EC), where policy proposals are originated, but also in the Council of Ministers and the European Parliament, where policies are decided -notably more after the Treaty of Lisbon. However, it is of major importance to approach the EC even before the formulation of an initiative, as approximately three fourths of the original text proposal remain unchanged when it is approved.

Moreover, Brussels is also relevant for EU Member States and its society in general, due to the vast extent of financial policies generated in this setting. Alberts recognized however that European citizens consider Brussels to be a distant entity. Therefore he estimated significant that the European institutions broadcast their activities, in order to contribute to diminish a “democratic gap”.

Jelmer Alberts was the last guest speaker in the series of lectures given by practitioners, as part of the programme of the Montesquieu Masterclass 2013. During this first block of the course, diverse stakeholders gave students some insights on their role in EU politics and discussed their views about the Dutch position on Europe. The second and final part of the course is meant for the participants to work in small teams in the design of a policy paper from the perspective of different stakeholders, according to an assigned role. 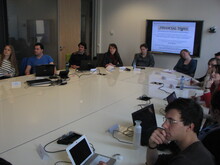 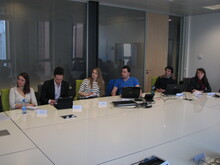 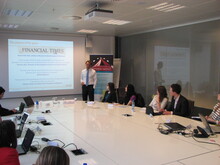 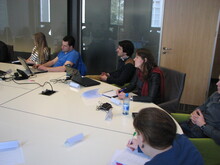 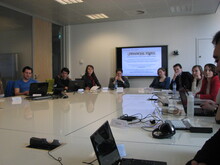 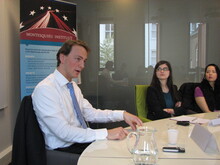 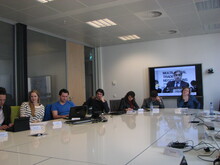 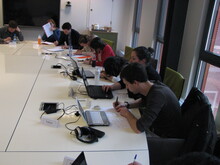