One year after the successful Brexit referendum, the cards are all on the European Union's side. 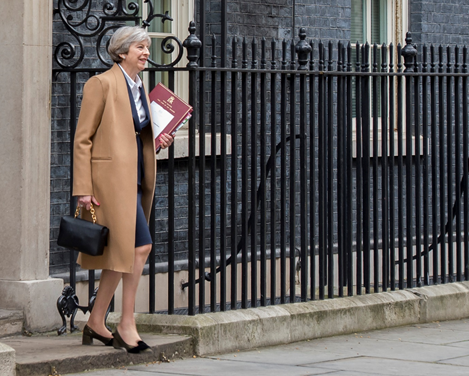 Exactly one year ago, a slender majority of those voters participating in the highly contentious Brexit referendum voted for the United Kingdom withdrawing from the European Union – thus ending the country's 43-year membership in the continental trading bloc. The decision of those 52% of the British electorate (comprising a turnout of 72% of all eligible voters at the time) heralded a year of political upheavals in the Western hemisphere which ended with the election of Donald J. Trump as the 45th President of the United States. Even setting aside the wider implications for the world, Britain's decision to leave was supposed to usher in a new era for the country. Whilst half of the population was fearful of the change to come, the other half of the electorate revelled in having delivered a defeat to political elites perceived as having engaged in self-dealing, foul compromises and betrayal of the national interest – at least if you believed the Leave campaign's prime proponents. [1] [2]

What a difference a year makes: Any optimism, which almost militantly pushed by the Leave camp – with generous assistance from its favoured media outlets – has dissipated like hot air from a balloon. Here is the state of play, one year on:

1. From one direction to no direction: Prime Minister Theresa May (Conservative Party) was already quite vague about her intentions for the type of Brexit she aspired to. Herself known as a cautious Remainer, she swiftly turned the circular mantra “Brexit means Brexit” into her de facto leadership campaign slogan – to the ridicule of many observers. Despite what can objectively only be referred to as a narrow victory in a consultative referendum of no constitutional consequence, she hitched her wagon to the cause of a clean break with the European Union.

In her Lancaster House speech, the Prime Minister announced her intention to leave both the Single Market and the Customs Union – decisions with far-reaching implications for the country's economy and trade, but also its relationship with Ireland. However, Mrs May's catastrophically maladroit performance during the recent general election campaign and her failure to secure a parliamentary majority appear to have laid waste to any Hard Brexit ambitions. Labour’s classically pro-European leanings also do not bode well for such plans, nor does the increased opposition of leading cabinet members like Chancellor of the Exchequer Philip Hammond.

2. Confidence in short supply: With the recent general election, things have gotten even more complex. Mrs May and her Conservative Party lost their majority in the House of Commons, and whilst a Queen’s Speech was indeed delivered by Queen Elizabeth II on Wednesday, it was a radically pared-down version of a typical governmen1t programme. The Queen's Speech clearly rested on Brexit and placed the intended repeal of the European Communities Act 1972 at the heart of the May Government's legislative programme (even though it may very well not be called the Great Repeal Bill).

The problem for the Prime Minister is that talks with the Democratic Unionist Party (DUP), a minor regional party representing the interests of the conservative-leaning Protestant population in Northern Ireland, have stalled. The DUP holds 10 seats in the UK House of Commons, enough to provide Mrs May with cover via a confidence-and-supply agreement. Such an agreement would see the DUP vote in favour of the Conservative minority government in votes on parliamentary confidence and financial bills ("supply"). The problem? The DUP's regressive stances on social issues like reproductive rights, same-sex marriage and climate change.

This, in turn, has led to misgivings on part of the DUP and a stalling in the confidence-and-supply negotiations. As of the Queen’s Speech on Wednesday, Mrs May did not command a majority of the House. Besides, the DUP also happens to take a somewhat more parochially guided view of Brexit, arguing for a "frictionless border" between Northern Ireland and the Republic of Ireland – at the very least, this would mean that withdrawal from the Customs Union may very well be off the table very soon.

3. A new Prime Minister?: Whilst the odds remain on the Conservative Party striking a deal with the DUP, there exists the distinct possibility of Mrs May losing the vote on the Queen's Speech – in which case she would (in terms of political reality, not constitutional terms) be compelled to tender her resignation as Prime Minister and presumably Conservative Party leader as well. At such a point, the Labour Party could attempt to form a minority government of its own – however, despite its gains in the recent general election, Labour only holds 262 of 650 seats in the House of Commons, well short of the winning line of 326 seats.

Consequently, in case the Queen's Speech is actually defeated, the most likely option (especially given the Fixed Term Parliaments Act 2011) would be for a new Conservative leader to either form a new government within 14 days (since the Queen's Speech being voted down is traditionally regarded as a vote of no-confidence) or Parliament to be dissolved in the event this does not happen. However, a swift leadership succession in case Mrs May resigns is somewhat complicated by the Conservative Party's leadership election rules, which require an endorsement of a new leader by the membership of the Party – unless there is only one candidate.

4. Ripples in Brussels: Of course, the widespread instability in the UK has not gone unnoticed by the European Union and its leading Member States. The British government’s negotiating position has been weakened by the general election result, and European partners can no longer be certain that Prime Minister May will be able to guarantee the delivery any deal struck with the European Union. In fact, it is uncertain whether Mrs May will be around to preside over Britain’s withdrawal from the European Union in March 2019. In such a climate, it is not surprising that Brexit Secretary David Davis has already given way on the issue of the sequencing of the Brexit talks (namely whether the terms of Britain's withdrawal should go first or alongside with negotiations on any putative UK-EU free trade deal). Meanwhile, Mrs May has decided to make a first offer regarding the status of EU nationals in the UK. However, the crucial issue in this regard will be who will enforce the rights of the approximately 3 million EU citizens in the UK: EU leaders are likely to resist any attempt by the British government to have this issue adjudicated by the UK courts.

All of that said, time is not on Britain's side: The negotiations have to be completed by 29 March 2019. If they are not, and no deal has been reached, Britain will trade under much less favourable WTO rules, face major import tariffs from the EU and any EU legislation will lapse. However, the European Union should also resist the temptation of being condescending or very pleased with itself. Its problems are far from resolved, its structural defects remain and the fundamental problems which trigger legitimate Euroscepticism are no less relevant today than they were on 23 June 2016.

5. New approaches needed: The possibility of internecine warfare in the Conservative Party over the European Question was highlighted by this week's public performances by two cabinet ministers: Foreign Secretary Boris Johnson, who delivered a widely-panned radio interview on Brexit and Chancellor of the Exchequer Philip Hammond who is deftly distancing himself from the hard Brexit aspirations by Mrs May and quietly positioning himself for the inevitable leadership campaign to come, once Mrs May has been forced out of office. This jockeying for power, paired with the disappearance of virtually any authority Mrs May enjoyed prior to the election, is a recipe for political instability. Whether it’s Mrs May or someone else, a new approach on Brexit is needed – preferably one that is centred on a national consensus and sufficiently considers the legitimate concerns of those 48% who voted to remain in the European Union. This may very well mean some type of modified EEA membership with immigration caps, remaining a member of the customs union or some form of compromise that may well have to break with some of the red lines articulated by Mrs May. Such a deal can only be delivered on a cross-party basis, not by a minority government alone.

What Brexit means in such a climate is anyone's guess, even twelve months later. Indeed, stability and certainty look like two distant shores in the midst of the current political chaos.